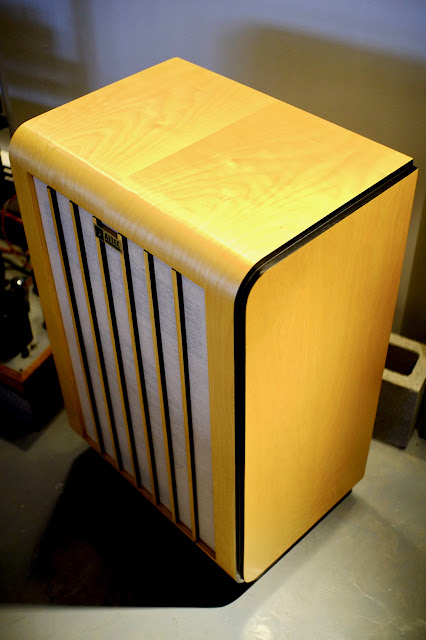 After many years of raving about the Altec 32 horn, the only stone left unturned was using it as it was originally designed, that is, with the compression driver oriented to radiate upwards. 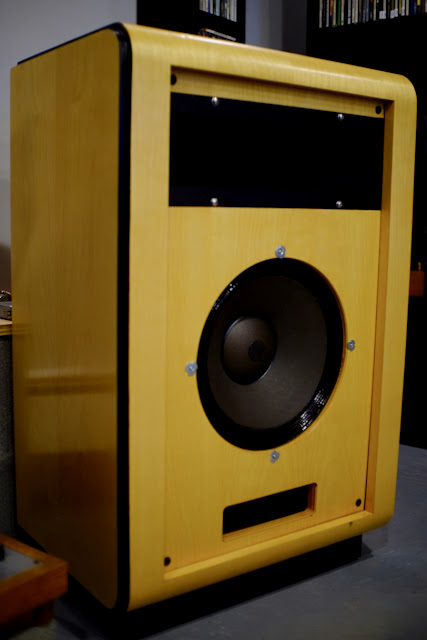 Last year, I received a message from John Piro, whose beautifully crafted preamp project was previously featured in this blog. He sent me pictures of his interpretation of the legendary WE753C using an Altec 414-16B woofer + Altec 32A + Faital Pro driver. I was very impressed and requested if he could build a pair for me. We finally met at the Kutztown Radio Show last September. He and his wife had dinner here at home when he delivered my beautiful cabinets!

As an homage to the legendary Western Electric 753C, which was a major inspiration for this project, I henceforth christen this speaker system as the Altec 753C.

I've settled on running the 414A woofers in full range mode (ala J-Rob) and replaced all the crossover resistors with non-inductive 12W Mills. This took away the last vestiges of grain in the upper frequencies.

The above RTA was taken from this blog entry

I could've lived happily with my Altec 614 or repurposed 861 (aka Madrid) cabs + the inverted 32 horn situated on top. However, with proper horn orientation, the sound was taken to another level of refinement. Now the blend between the 414A and horn is practically seamless and I bask in the airiness of the top end, which I attribute to significantly improved high frequency dispersion, precisely as envisioned by Western Electric engineers. 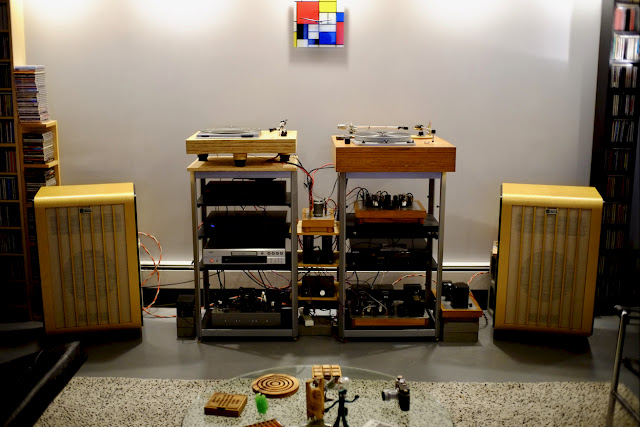 In spite of the stellar midrange performance of the Open Baffle mounted Altec 755As, I started the Altec 2-way project in the late 90s to address the following issues:

After 20-some odd years, those goals have been realized. The Altec 753C is pretty much end game! 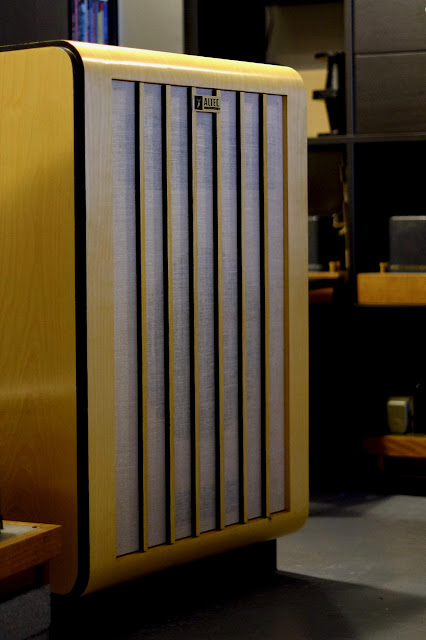 Thanks to my buddy Joe Roberts, who explained the intricacies of proper 32 horn orientation. The idea was carefully stored in my mind. I just had to wait for the right opportunity to implement it. And of course, a big thanks to my friend John Piro (aka RCA NUT), craftsman extraordinaire!