My main system has remained pretty constant for over 20 years, except for a couple of milestones. However, the same can't be said about my audio playground which sits beside my home office, in which the only thing constant is change. 😉 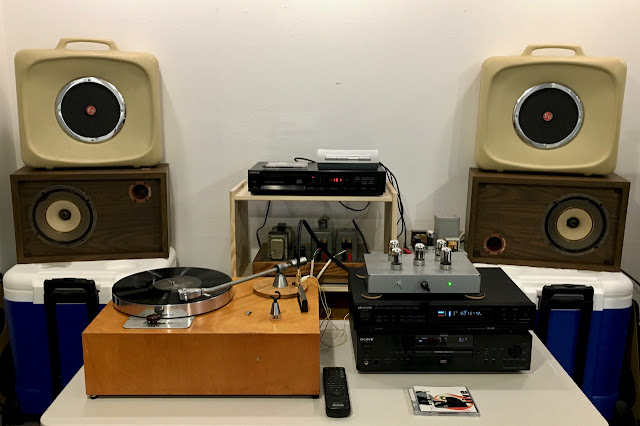 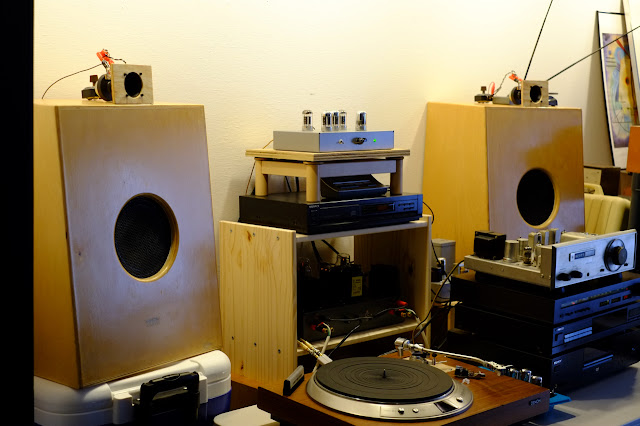 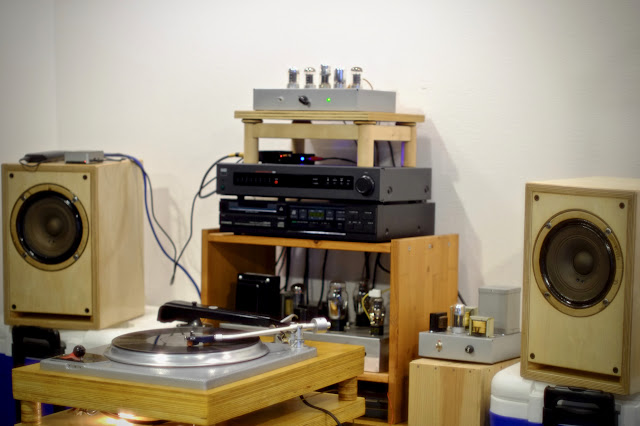 Since I blogged about the Altec 755A in Dr. Bae/Silbatone cabinets, this system has remained pretty consistent with a Gates CB77 + Fidelity Research FR54 + DL103 + Shure MC transformers or a moving permalloy Nagaoka MP10 serving LPs + the JEL Loctal Preamp  and JEL Simple 46 or Dyna ST35 doing preamp/amp duties.

This system also served as a cross reference for the  CD/DAC mods, Multi-bit DACs, Thrift Store CD players, Darling Amp, JEL Style, FM Tuner reviews, amongst others that I blogged about this past year.

At the end of summer, the boss decided that it was time to mitigate the flooding problem during heavy rain and snow in the lower level of our home. 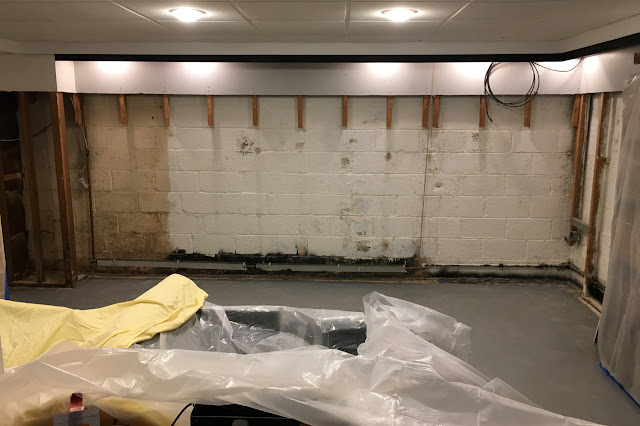 Since this entailed removing the drywall in the hifi man cave, everything had to be stored or relocated and dust-proofed. 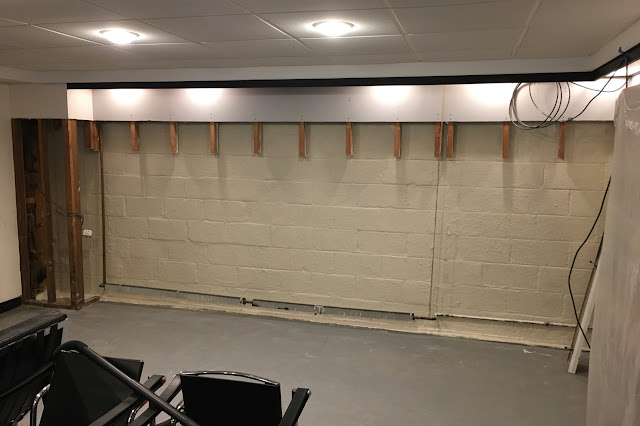 It's been over a month since the retaining wall was sealed with waterproof coating. We've had a couple of strong rains and it's been dry so far. But we're in no hurry to replace the drywall. We want to make sure that it'll stay dry through the worst precipitation Mother Nature sends our way.

Meanwhile, even if I have a nice mono hi-fi in the living room, I miss stereophonic sound. 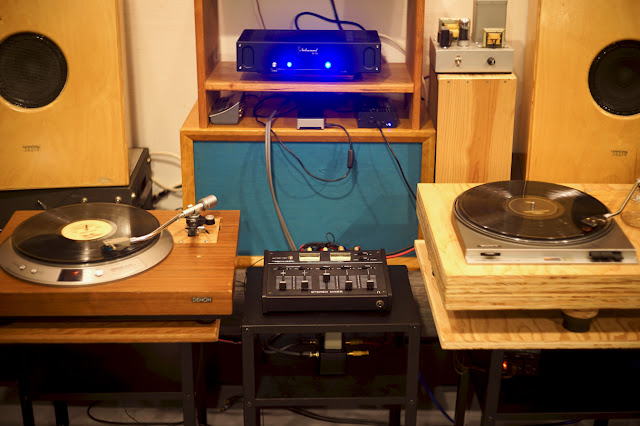 The boss was kind enough to allow the re-commissioning of the near-field system. To make unpacking simpler, I minimized the use of tube electronics.

*I acquired this for less than half the cost of an Allo DigiOne and it sounds just as good! 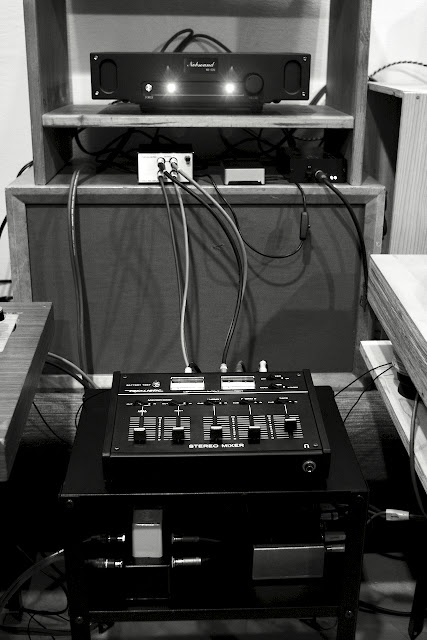 A Realistic 32-1100A Stereo Mixer I found at a flea market for 10 bucks is doing preamp duty. It has provisions for three line level inputs or 2 x magnetic phono + 1 line level. I thought the magnetic phono inputs were pretty decent on this discrete transistorized unit (no op-amps) until I got another discrete solid-state Radio Shack product, the 42-2109 phono preamp. This unit produced a warmer, more vivid midrange with even better extension in the frequency extremes. 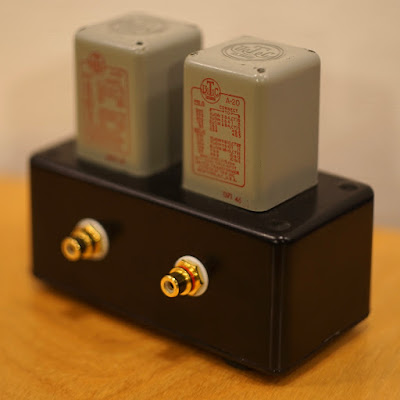 To warm things up further, I inserted a pair of UTC A20 line level transformers between the Rat Shack Stereo Mixer and the Nobsound NS-02g.


Connected via Belden 9497 speaker cables, a synergistic vibe occurred between the Altec 755Cs inherent lack of snap, which softened the slight edginess betraying the solid-state DNA of the JLH 1969 Class A amp clone.The Altec 755Cs in Altec 618 cabinets sounded snappy with this combination! 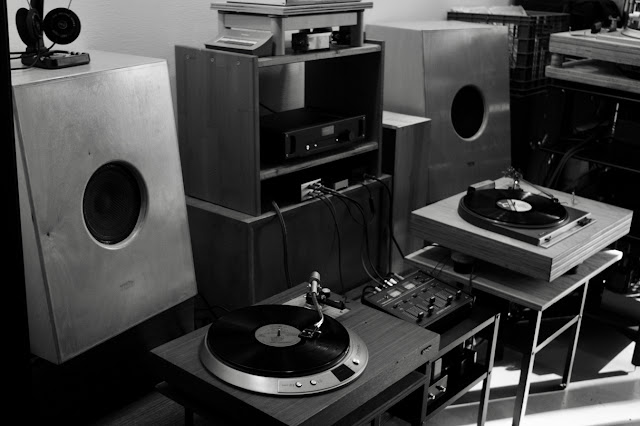 Judicious mixing and matching of yesteryears' solid-state audio components employing discrete circuitry with the line transformers and a cable tweak inserted in between, mimicked the musical experience I typically enjoy only from an all vacuum tube set up. It's akin to the Fuji Acros film simulation setting in my Fuji X-E3 camera. But there's still no substitute for the real thing. 😉