This was probably due to the almost cult-like indoctrination inculcated by early 1980s Haymarket publications like Popular Hi-Fi and Hi-Fi Answers exalting the virtues of the 3-point suspended belt-drive from the land of kilts vs. the evils of cogging and servo hunting direct drive turntables from the land of the rising sun.


Even though the late Harry Pearson of TAS used a direct drive Goldmund Studio in his reference system, just about every reviewer for TAS and Stereophile had either a Linn, SOTA or VPI belt-drive turntable. These were merely an 80s techno-rehashing of Edgar Villchur's AR turntable design from the early 60s, which effectively killed the idler drive system except for professional and broadcast applications.


Despite camping happily with my idler-driven turntables since the 90s, the specter of synthetic marble-based Kenwood KD500s and Denon motor units in heavy laminated plywood plinths sitting on the shelves of Audio and Stereo Exchange as well as the trade-in section of Harvey and Leonard Radio stores in early 80s NYC, haunted my dreams. 😱


Since my Thorens TD124s are currently in storage and the Garrard 301 plinth does not have provision for mounting a shorter tonearm like the Grace G707, acquiring a direct drive motor unit became a good excuse. 😉


The first direct drive I spotted was a reasonably priced Denon DP1250 motor unit on an original plywood plinth from the late 70s. While waiting for the package to arrive, I did research on direct drive turntables + DIY refurbishing tips.


Luckily, the DP1250 just needed a tiny bit of cleaning + a mist of Deoxit on the pitch control rheostat. The motor was extremely quiet. I couldn't detect any rumbling noises through the plinth using a stethoscope. 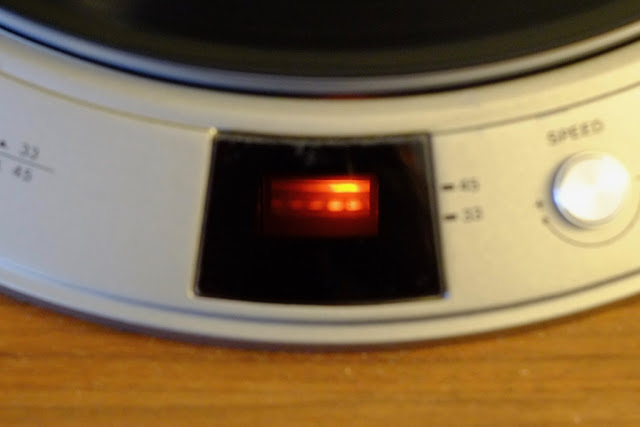 I left the motor unit on while cutting a new arm board out of 3/4" plywood to mount the Grace G707. When I returned to install the tonearm, the strobe had not drifted the tiniest bit.

Grace G707 on a stable platform


Whether it was the GAS Sleeping Beauty or the DL103S fitted on the G707 + DP1250, I was always rewarded by musically authoritative presentation - very dynamic and involving just like my idler-driven motor units. In hindsight, the many hours and $$$s I spent in the 80s adjusting and tweaking my AR/Merrill were futile. 😞 I could have just gotten a used KD500 or DP1250, sat back and enjoyed.😊


This reinforced what I had already discovered (but was in denial) in the late 80s. Aside from the superior speed stability of the Thorens TD124 drive system, the spring suspension + lower torque motor of a classic belt-drive turntable like the AR or TD150 slowed down transients and compressed dynamics.


I don't think I heard the fullest potential of the Grace G707 till now. This is a simple yet well designed precision-built instrument that just lets the virtues of any cartridge shine through.  Even if it is considered a low mass design, I do remember people using the Supex SD900 and Koetsu Black with this tonearm because of its fine tolerance bearings. At some point I will revisit the G707 mounted on my idler driven motor units.


My only beef with the G707 is its fixed head shell. Inconvenient when swapping cartridges, I replaced the Grace G707 with its pro-oriented sibling, the G540. As pictured, the G540 uses similar double gimbal bearings but has a higher mass "J" shaped tube, which can accept the Ortofon SPU derived SME standard head shell.


As I sank deeper into my direct drive initiation, I kept going through my LP collection and mounted another tonearm. This time, the Acos OEM'ed Rega R200 performed pretty much at par with its contemporaries, the Grace G707 and G540.

Although this Denon is not a top of the line model, a casual comparison to the Garrard 301 was inevitable.


Unfortunately, the Denon plinth would not accommodate a spare SME 3012 I had on stand-by. The next best thing I could do to somewhat even out the playing field was cut another tonearm board for my Fidelity Research FR64fx.


While the DP1250 and the Garrard 301 share a similar character of sure-footedness inherent in a stable drive system, the 301 does its job with less effort. There is a slight tendency to strain with the DP1250 on complex musical passages. If forced to split hairs, I also hear a trace of hardness and/or dryness on certain recordings which sounded more pleasing on the 301.

Regardless of what I am hearing, this Denon DP1250 experience garnered my admiration and respect for the direct drive system such that I am inspired to probe direct drive motor units further.🍻