Our dear friends Charito and Joey, whom we haven't seen for over five years, were in NYC visiting for a couple of days. On short notice, Tish was able to take a day off so we were able to meet up with them. Joey is an avid audio DIYer and was a frequent collaborator especially during the annual November Hifi Show when I was still based in Manila. He represents G.I.P. Laboratory in the Philippines. 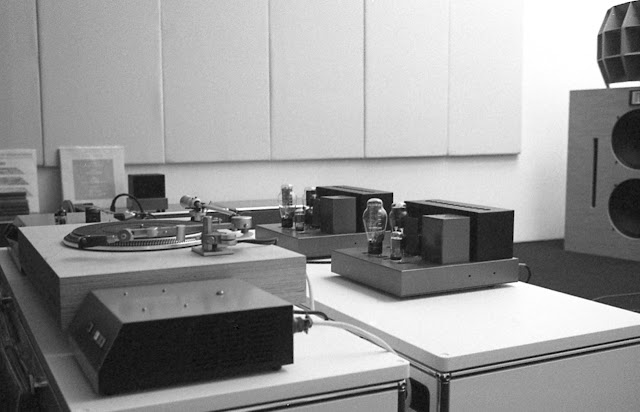 It was also timely that Devon (OJAS) Turnbull's HiFi Dream Listening Room No. 1 exhibit at the Lisson Gallery NYC was on its penultimate week. So Joey and I agreed that this was going to be our meeting place! 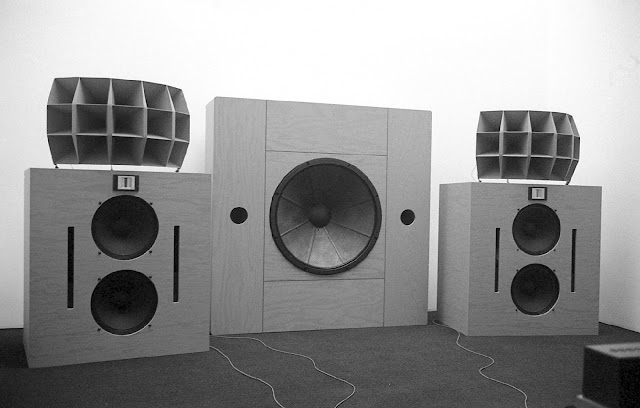 The OJAS loudspeaker system utilizes Great Plains Audio drivers, which are currently produced using original Altec tooling - GPA 416B 16" woofers + GPA 288H 1.4" compression drivers. The latter compression drivers are coupled to bespoke OJAS 1505 horns, which are remastered versions of the classic Altec 1505B multi-cells, while Pioneer PTR9 ribbon super tweeters fill-in the top-end octave harmonic overtones. At the center is a Fostex FW800HS super woofer. Devon starts with Werner Jagusch crossovers but driver loading and alignment are all developed in-house and then fine tuned by ear!
Having spent almost a decade studying at The Juilliard School twenty years before the Diller Scofido + Renfro reboot, I developed an immediate affinity for the brutalist vibe of the speakers! 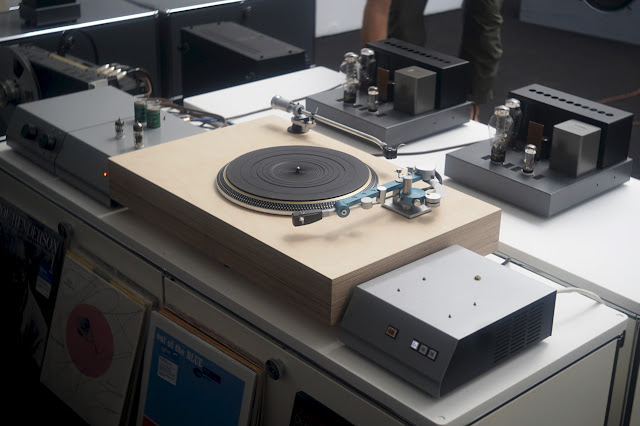 The OJAS gestalt brought back cherished memories of the late Don Garber's Fi audio gallery from the early 90s, which was along 30 Watts Street in SoHo NYC. I wasn't able to ask Devon if he got the chance to meet Don. I bet they would have gotten along really well! 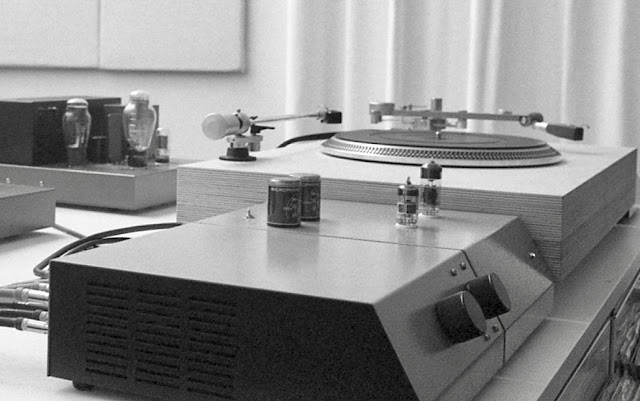 A pair of Altec/Peerless 4722 SUTs are mounted directly on a FET-based phono preamp using vacuum tubes as constant current sources. This was designed by jazz guitarist Steve Berger, who's also the man behind Aprilsound NYC. The adjacent chassis with two large knobs houses a transformer volume control wound by Dave Slagle of Intact Audio. 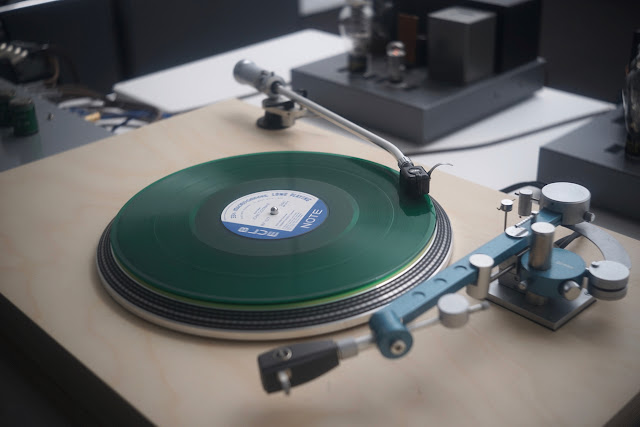 Being a devoted Garrard 301 listener for many years, Devon is cognizant of the finite supply of these idler driven classics. So for this project, he chose the platter + motor from a Technics SL1200G and mounted them in a custom layered plywood plinth. To assure absolute speed stability and smoothness in operation, a 3-speed linear power supply was specially designed by Linear Tube Audio. Having done DJ work during his younger years, he admits that his choice was partially in reverence to the marque.
Mounted at the back is an Ortofon RMA309 tonearm + a restored vintage SPU-A for stereo LPs and a Dynavector DV505 tonearm + SPU mono CG 65 Di for 78 rpm shellac discs. 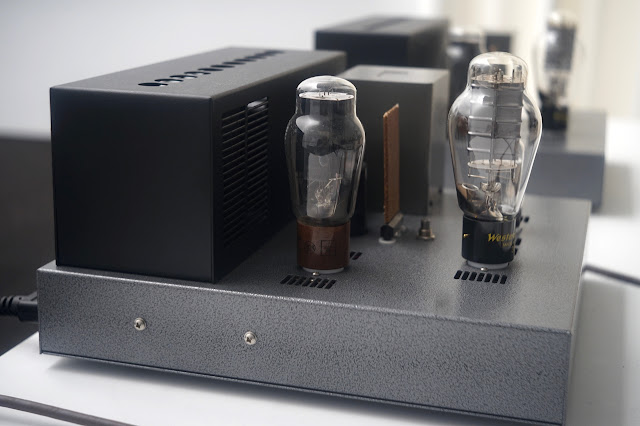 Devon's pair of SE300B mono-blocks (fitted with Tango XE20S output transformers) is an homage - not a slavish copy but his own interpretation - to Herb Reichert's Flesh and Blood amplifier published in Sound Practices Issue 8. 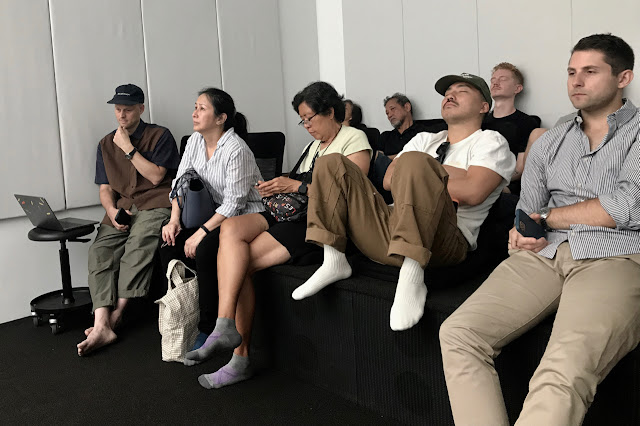 Unlike a typical hi-fi show swarming with silver-haired or balding guys, it was refreshing to be surrounded by a twenty-to-forty something crowd. Devon is attracting and developing a niche market uncharted by mainstream high-end audio publications such as Stereophile and The Absolute Sound. Due to his background in design and interaction with the upper echelons of the fashion and music industries, the whole Sound Practices ethos of music reproduction spearheaded in the early 1990s by Joe Roberts will hopefully reach a larger audience. 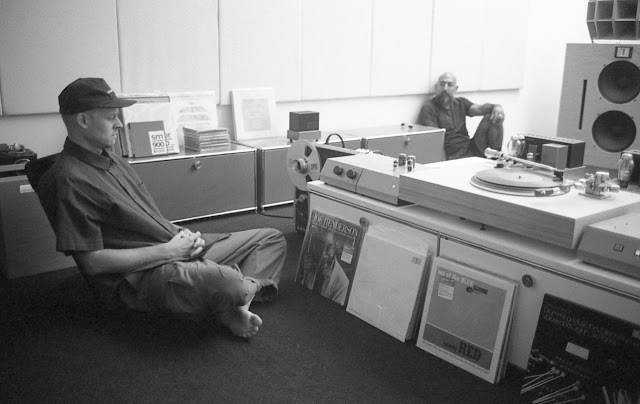 Joey and I spent a couple of hours listening to Blue Note jazz, contemporary classical music, and talking shop with Devon. He was a very gracious host, who candidly gave credit to his collaborators as well as to those people who've influenced and inspired him.
Bravo, Devon, very well done!
After several years of PMs, it was great to finally meet you. I look forward to more shop talk when you visit my man cave. 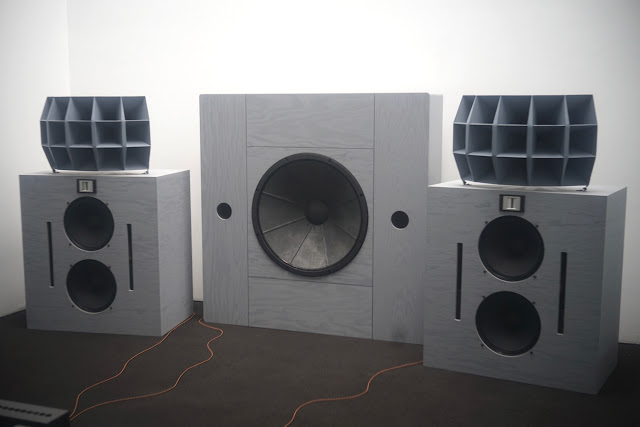