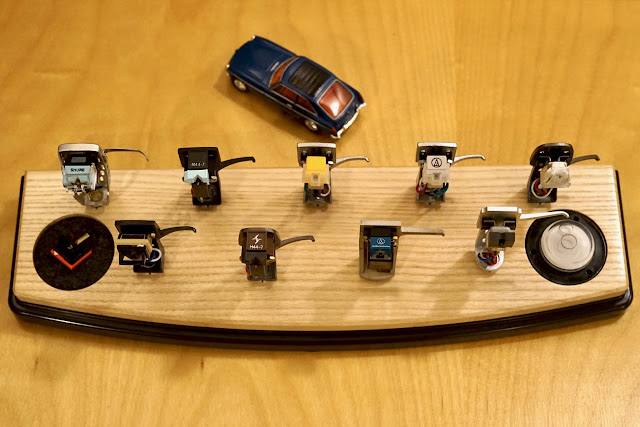 This installment will cover successors to moving magnet phono cartridges I discussed a couple of months ago. The cartridges were evaluated in the near-field system and cross-referenced with the main system. Tonearms used include the Fidelity Research FR54, FR24 MKII, Grace G565 and SME 3012, mounted on the following turntables: Garrard 401, Thorens TD124 Mk I or II, Rek O Kut B12GH or Shield MO-19.


This $10-15 Audio Technica cartridge gained notoriety when it became known as the OEM version of the Rega Carbon. It has a pleasant sound, which highlights the midrange due to truncated frequency extremes.

After prolonged listening, I noted compressed dynamics and slightly grainy (but pleasant) upper end. For the price, this is a musically balanced cartridge with colorations that enhance rather than detract from the musical experience.


As a $10 experiment, I ordered a generic Pfanstiehl conical stylus with aluminum cantilever. This stylus looks very similar to the one fitted to the Audio-Technica CN5625AL sans A-T logo.

The aluminum cantilevered conical stylus took away most of the graininess, giving a more harmonious sound, while simultaneously improving the frequency extremes and detail resolution. In spite of the improvements, the sound was still "closed-in."

The AT110E was an 80s entry-level model highly regarded by the UK audio press. I've kept it all these years as a back-up and threw it in the mix for perspective.

No contest! The sound opened up and everything came into focus from the midrange and both ways to the frequency extremes with much greater resolution. 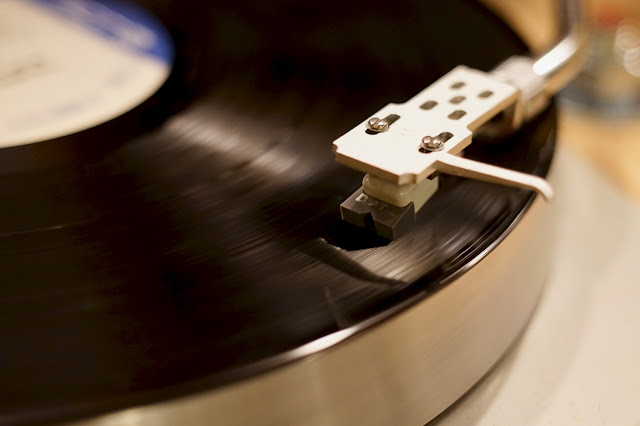 The Pickering V15 + DAT2 has a very sweet and 3-D midrange! Its tonal character is very reminiscent of its moving iron ancestor, the Pickering 380. High frequency performance is not quite as extended as the SC39B/ED or AT110E but it is silky smooth with life-like harmonic overtones.

I thought the 500V3 sounded very similar to the Stanton 500 Mk II when I compared them in the early 2000s. But I was disappointed with this sample I acquired in 2016. In spite of the slightly better bass impact vis a vis the V-15+DAT2, the 500V3 sounded peaky in the upper midrange (most noticeable on female vocals), with a sizzling top end compared to its older stable mate.

Swapping the DAT2 stylus in the 500V3 body tamed a bit of the harshness but the midrange still wasn't as liquid. Quality control may have declined at the tail end of Pickering/Stanton production. In fairness though, I'd rather listen to this cartridge than the AT3600L.

Twenty years ago, I found the SC35C to be a good alternative to the M3D and M7D, albeit with a modern tonal character. But after being exposed to other Shure models in this survey, the SC35C sounded comparatively dry, grainy and the least transparent.

Its neutral tonal balance is its greatest asset! However, the high VTF requirement of 3.5 - 5 grams might scare the younger generation of audiophiles.

The listening experience brought me back to the 80s NYC club scene of Palladium and Nel's. Great for spinning 12" 33/45 rpm singles to relive 80s club days. BUT NOT for serious listening to vocals, jazz or classical. Very HIGH output, close to 10mV and it also requires high VTF in the range of 3-4g.

Since genuine N44G styli are hard to find and if ever available, demand exorbitant amounts, I took a chance on this EMJ N44G stylus for my other M44-7 body because of the EMJ website description,  "It's NOT for DJ play but for ordinary listening."

This Japanese 0.6 mil conical stylus mounted on an M44 body is a highly refined performer. It retains the exciting dynamics of the M44-7 + generic stylus above, while all the rough edges are polished. It may not have the dignity of the M3D or M7D, but it preserves most of their virtues including the 3D midrange. It is a worthy descendant with better tracking ability. Definitely not an ordinary listening experience! 😁


It would have been nice if I had access to a Shure V-15 Type IV or V but the SC39ED is as close as I could get to a top of the line Shure cartridge. The light tracking force range of 1.25 - 1.5 grams will be most welcomed by those afflicted with over 2 grams VTF phobia.

Mounted on the FR54 or Grace G565, this cartridge sounded tired and soggy. But it woke up once mounted in my lowest mass tonearm with interchangeable head shell - the Fidelity Research FR24 MkII.

This cartridge exemplifies the sound of flat frequency response and high detail resolution. The tonal balance is very neutral like the SC35C but with less grain and greater transparency. It also has the most extended frequency response at both ends of the spectrum in this survey.

With all that detail and such wide frequency response, I wonder where the passion and soul of the music went?


After a head to head comparison with its older sibling, the AT110E, my enthusiasm for the Audio-Technica AT3600L was dampened. For sheer musical pleasure, it's obvious that my personal picks are the Pickering V-15/DAT-2 and the Shure M44 body + EMJ N44G!

Even if the Audio-Technica AT110E, Shure SC35C and SC39B/ED don't meet my musical requirements, their virtues should fulfill mainstream audiophile expectations. So don't let my bias stop you from pursuing them. Listen and decide for yourself.

All these cartridges are no longer in production except for the AT3600L. But since they were massed produced from the 60s to the 90s, they're not difficult to find and replacement styli are readily available.

There are more classic cartridges out there to try and I hope this article encourages other audio hobbyists to embark on their own journey.